Looking down a comet’s neck
November 25, 2014 at 2:09 pm Robert Zimmerman Points of Information 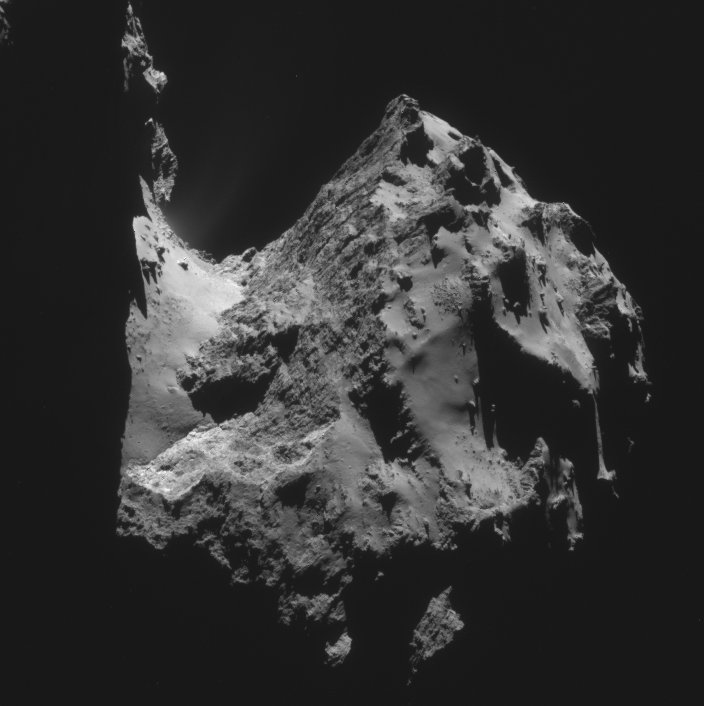 Because all the focus in past two weeks has been on the attempt to land Philae on the surface of Comet 67P/C-G, no one has been paying much attention to the images that Rosetta has continued to produce. On the right however is a humdinger, released on November 17. The image looks into the neck or saddle of the comet, from the side. The giant boulder Cheops can be seen in the saddle, with a jet visible against the black sky above it.

What I like about this image is that I can imagine hiking up the sandy slope to this narrow saddle, where I could stand next to Cheops and look out at that jet. For the explorer in all of us this sure wets the appetite for the future. If only people could go and do that now!