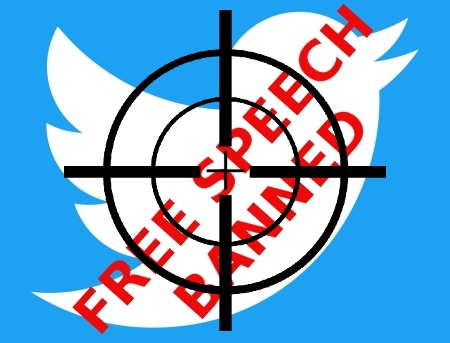 Defeating the censors: On March 25th Elon Musk — opposed to the censorship of conservatives on the social media outlet Twitter — had conducted a poll on Twitter that asked:

Free speech is essential to a functioning democracy. Do you believe Twitter rigorously adheres to this principle?

The poll results were unequivocal: by 70.4% to 29.6% the respondents declared that the present management at Twitter is hostile to free speech.

In the next two days Musk then tweeted “Is a new platform needed?” followed by “Seize the memes of production!” The rumors all suggested that Musk would start his own competing social media platform.

Musk fooled everyone. Instead, as revealed today he proceeded to buy 9.2% of Twitter’s shares, making him the company’s largest individual shareholder.

What Musk will do with this new power is of course not yet known. It does appear however that he intends to pressure the company to end its censorship policies, as those policies at the least are directly acting to hurt its bottom line. By censoring Twitter’s conservative users, it has encourage the emergence of a number of new competing platforms, all of which threaten to steal Twitter’s dominant market share.

Wall Street apparently agrees with this viewpoint, since almost immediately after this story broke Twitter’s stock value rose by 29%. While some of that increase was probably fueled by Musk’s own purchases, it is also because many investors saw his arrival at Twitter as a positive sign for improving that company’s profits, while also improving its badly damaged public image.

Profits aside, Musk also has another reason for taking this action. The censorship at Twitter is fundamentally immoral, as Musk himself indicated in his poll above. He is now positioning himself to end it.

None of this should make anyone believe that Twitter will now become the home of sane and civilized conversation. Not a chance. The format of Twitter — short quick statements of no depth — still encourages snarky and insulting comments, focused almost entirely on invoking unhealthy emotions. None of that will change.

However, the ending of the censorship of conservatives at Twitter can only be to the good. If Musk does this, Twitter will no longer will be acting as a Democratic Party operative, focused on promoting that party’s politics while squelching its opposition. Instead, the platform will resume being a venue for all points of view, something that “is essential to a functioning democracy.”

For example, when the New York Post published its scoop about the discovery of Hunter Biden’s laptop and the evidence of corruption and payoffs to Joe Biden, Twitter immediately shut down the Post’s Twitter feed so that the newspaper could not promote its scoop. Twitter did this despite the truth of the scoop, claiming instead quite falsely and with no evidence that it was “Russian disinformation.” Since this censorship and slander occurred just before the November 2020 election, it directly helped Joe Biden win the election.

If Musk succeeds in ending such censorship at Twitter, and does so now, prior to the 2022 elections, he will end one of the Democratic Party’s best protective shields for preventing the public from knowing about its corruption. This can only be a healthy thing, and might help clean that party out by getting its dominant but corrupt leaders fired by the voters.

It will also be the biggest victory so far in the war against the intolerant left, which for the past few years has been unwavering in its effort to silence dissent and destroy its opponents. For the first time one of the big social media platforms will be changed fundamentally from a leftist propaganda outlet. Such a change will certainly increase the pressure on others to do the same.

More important, the change will be a starkly public one, making everyone aware of the left’s intolerant zealotry and its desire to censor its opponents. Tyrants never like their evil to be put in a spotlight. Musk appears about to aim one at them.