Pushback: VMI alumnus cancels $1 million bequest because of the school’s support of critical race theory and its slandering of those who disagree
November 11, 2022 1:38 pm Robert Zimmerman 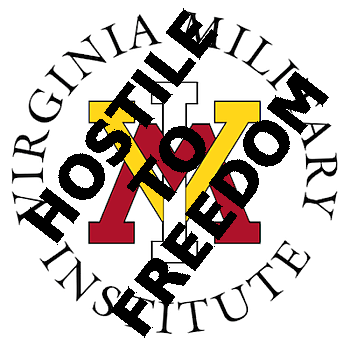 Today’s blacklist story is a perfect one for Veterans Day. In open letter published today in the Roanoke Star, Douglas Conte and an alumnus of the Virginia Military Institute (VMI), announced that he had changed his will to remove a $1 million bequest to the school because of its aggressive support of critical race theory — in defiance of orders by the state government — as well as its aggressive slandering anyone who disagreed with the school administrators.

In the brief span of just two years since the abrupt dismissal of General Peay as Superintendent, the Institute has traveled far down the path of political correctness. Diversity, Equity, and Inclusion (DEI), and the tenets of Critical Race Theory (CRT) ideology, have sunk their toxic roots into the fabric of VMI life.

…Adding to this insult is the BOV’s [Board of Visitor]recent approval of a $100,000 bonus for the Superintendent despite a 25% drop in enrollment and the administration’s direct defiance of the Governor and General Assembly’s directives not to use budgeted funds to resource VMI’s Diversity, Equity, and Inclusion (DEI) program. Recently I was appalled to see a social media posting apparently from the Superintendent’s personal account describing an alumnus and his own Brother Rat as “looking desperate and racist”.

For these things I blame the Superintendent, Maj. Gen. Cedric Wins and some members of his Administration, as well as public statements by the Board of Visitors and the VMI Alumni Association for supporting them, vilifying alumni who have contrary views, dismissing them as being misinformed or simply disgruntled whose criticisms are ignorantly made without any foundation.

It appears that Conte is one of a growing number of alumni who are very unhappy about the Marxist and racist policies introduced by Wins, and are beginning to organize a campaign to get these ugly policies stopped. Conte in his letter was particularly incensed by the administration’s effort to squelch freedom of speech at the school’s independent student newspaper, The Cadet, as described in this article earlier this year:

VMI leadership has told Cadet editors they must submit to administrative guidance to receive campus resources, interfered with the paper’s distribution on multiple occasions, and even pressured editors to change the paper’s tone. … VMI Commandant Col. Adrian Bogart went so far as to ask editors during a July 2021 meeting not to publish anything that conflicts with prior reporting on the school’s history with sexual assault and racism. Bogart also expressed general disapproval of the paper’s content.

In a similar incident, Col. Bill Wyatt, VMI director of communications and marketing, took issue with an article about the campus counseling center. In an email to former Cadet editor-in-chief James Mansfield, Wyatt pressured the paper to publish an op-ed he wrote defending the college and correcting alleged mistakes in the paper’s reporting. Wyatt suggested the reporters acted unethically, even invoking a recent suicide at another Virginia university to pressure The Cadet to publish VMI’s statement.

Whether Conte’s letter can force any change is unknown. He requests that Virginia’s Republican governor, Glenn Youngkin, take steps to make sure critical race theory is not taught there. Since VMI is state-supported, this request might produce results. Right now however VMI’s “VMI’s Unifying Action Plan” [pdf] is filled with the typical slogans of critical race theory. Under its #1 key tasks, these two are prominent:

Considering the military history of VMI, it is especially shameful that its administration has decided to infuse the school with the anti-American lies of critical race theory. Youngkin has said that such Marxist indoctrination must not be taught or introduced into the administration of Virginia schools. We shall soon see if he is not only a man of his words, but of deeds also.