Time to do another sunspot update. Below is NOAA’s March 1, 2021 monthly graph, showing the Sun’s monthly sunspot activity. It is annotated by me as always to show the previous solar cycle predictions.

February continued the decline of sunspot activity seen in January after a very unusually active November and December. Though the actual sunspot number was more than the prediction, the difference in February was trivial. 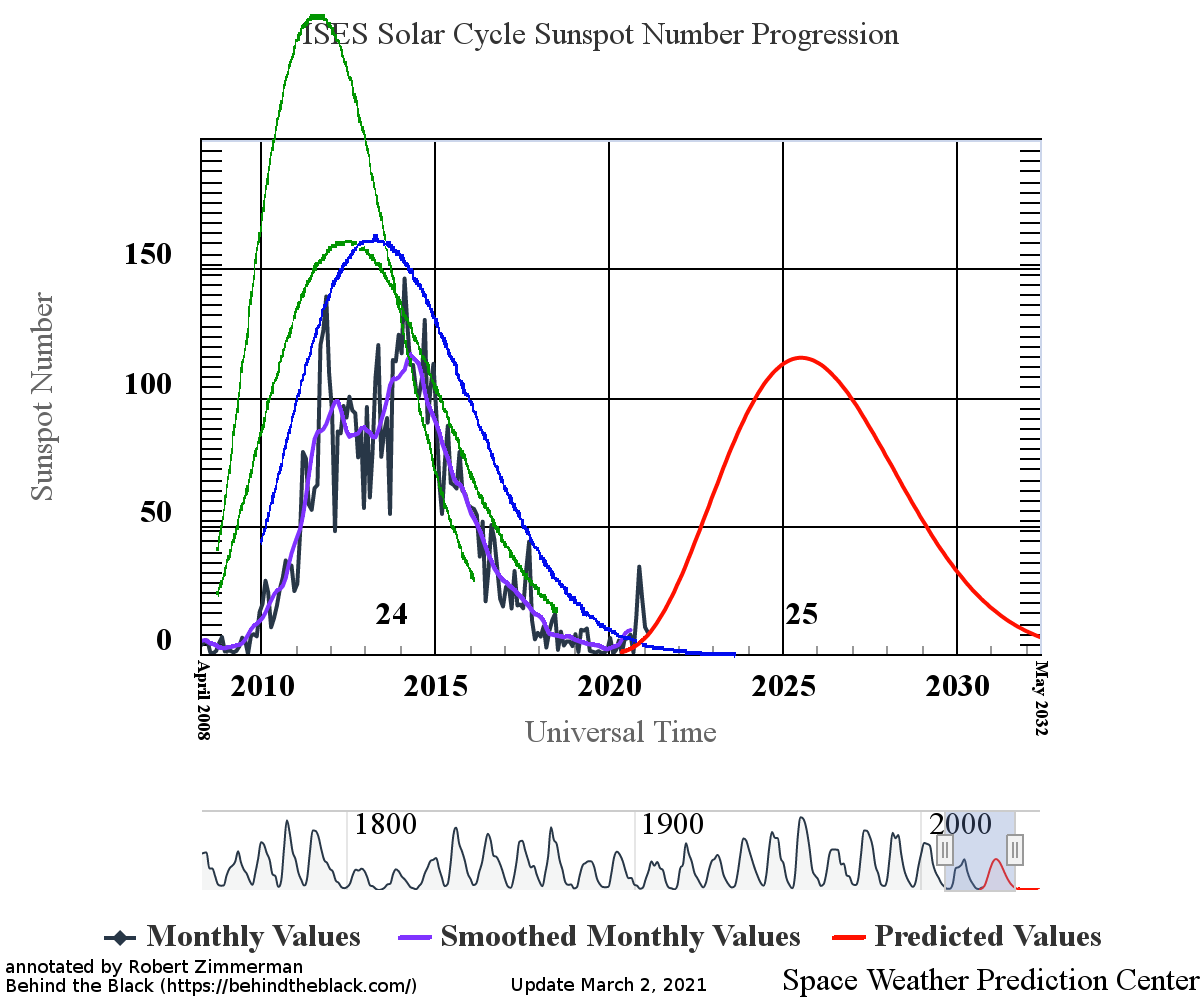 The high activity at the end of 2020 might be a harbinger of a very active coming solar maximum, or it could be simply an outlier, one of those random events on the edges of the normal pattern. We really won’t know for at least four to six months. By then a pattern for the ramp up to solar maximum will I think begin to become evident.

As for what will happen in the longer term, I think it easiest to simply quote what I wrote last month:

What we do know is that there is no consensus among solar scientists as to what will happen next. The solar scientists from NOAA, as indicated by the red curve above, expect a relatively weak solar maximum, comparable to the weak maximum seen in 2009. Others believe that the upcoming solar maximum will be very strong, as much as two times stronger than NOAA’s prediction. Others had predicted no solar maximum at all, a prediction which now appears to have been wrong.

At this moment we do not know which prediction (weak or strong maximum) will be right. We must simply wait. And regardless neither prediction really understands the fundamentals that cause the solar cycle in the first place. All they are really doing is making best guesses based on past behavior.