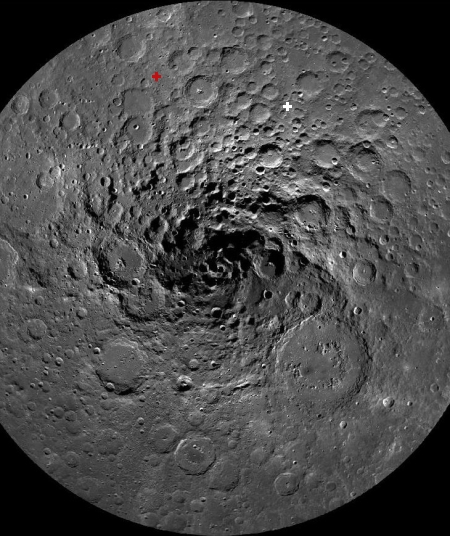 The new colonial movement: I have embedded below the live stream of India’s attempt today to land its Vikram lander on the Moon, broadcast by one of their national television networks.

The landing window is from 4:30 to 5:30 pm Eastern. This live stream is set to begin about 3 pm Eastern.

If you want to watch ISRO’s official live stream you can access it here.

Some interesting details: Vikram is named after Vikram A. Sarabhai, who many consider the founder of India’s space program. The lunar rover that will roll off of Vikram once landing is achieved is dubbed Pragyan, which means “wisdom” in Sanskrit. Both are designed to operate on the Moon for one lunar day.

The landing site will be about 375 miles from the south pole.

That spot is a highland that rises between two craters dubbed Manzinus C and Simpelius N. On a grid of the moon’s surface, it would fall at 70.9 degrees south latitude and 22.7 degrees east longitude.

The white cross on the image to the right is where I think this site is. The secondary landing site is indicated by the red cross.