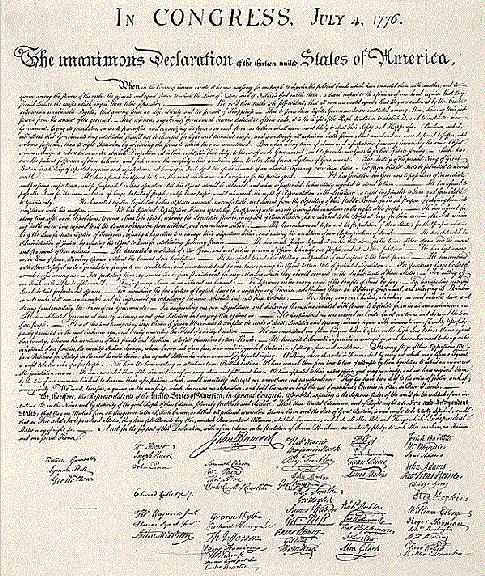 The last four months in the United States have probably been the ugliest seen in generations. Not only were Americans summarily put under house arrest, with churches shut and free speech muzzled, in major urban Democratically-controlled cities elected officials played favorites, allowing free speech and free movement to the leftist political activists whom these Democrats preferred, while using their police power to aggressively oppress conservatives and anyone who might be considered an opponent.

On top of this ugliness, we had our first experience of an American Kristallnacht. Not only were those leftist protesters free to protest while other Americans were on lockdown, these leftist radicals were allowed by these Democratic politicians to use violence and looting to terrorize the general population.

The nation we have today is no longer a land of liberty. Many things we only four months ago took for granted are now denied us.

Do you remember having a party with friends? Not now. Even if you tried to do it privately, you risk being lambasted by people you thought were your friends, for daring to expose others to a virus that harms almost no one below the age of 60. And even if these fake friends don’t attack you directly in an ugly manner, they might still report you to the government, which then might step in to have you arrested for breaking lockdown.

Do you remember casual get-togethers with family? Remember visits with your parents and grandparents? These are not possible any longer. Your older relatives have probably been made terrified of COVID-19, even though it is also very likely they know no one who has had it.

Do you remember when you could look your loved ones in the face and see them smile at you? No more. We must now all wear masks, by government edict and social pressure, hiding ourselves from everyone around us. In some cases these government dictators are even demanding we do this in our own private homes.

Do you remember when you could firmly grip the hand of a good friend, shaking it in trust and affirmation of friendship? Remember when you could give a hug to a dear friend or relative whom you hadn’t seen for a long time? Not allowed. We must not affirm anything but our fear of the Wuhan virus.

Do you remember when getting on an airplane on a whim simply because you wanted to? Going on a trip because it pleased you? Going shopping wherever you wanted because it was your right? All now gone, considered dangerous and something to be avoided or discouraged, at all costs.

I remember all these things. I am sure you do to. All involve the American pursuit of happiness, the free choices of free Americans following their peaceful desires to live their lives as they wished, without hurting another soul. And all were guaranteed to us as unalienable rights by our founding documents, which unequivocally state, without qualification, that

We hold these truths to be self-evident, that all men are created equal, that they are endowed by their Creator with certain unalienable rights, that among these are life, liberty and the pursuit of happiness.

Well, to these petty dictators it is time to say, “Go to hell!” It is time to tell them that we will not obey, that they do not have this right or power over free Americans, and that even if they did, this country has always considered it morally repugnant for anyone to claim such power.

We were founded as a free nation with the goal of treating all humans equally. We were not perfect at founding (as no human endeavor ever is), so we later fought a Civil War to free the slaves that should never have been enslaved to begin with. In that war we sacrificed more than 600,000 lives, out of a population of just over 31 million, meaning that two percent of the entire population died to set other people free. Since most of these deaths were among young men of fighing age, that meant that probably more than five percent of those men sacrificed their lives in the Civil War.

Compare that to the Wuhan flu, where we agonize over mortality rates that might, might, reach 0.5 percent of the population, and are likely far less.

The United States of America was founded on the basis of human freedom, equality, and the unabashed obligation to allow all humans to simply be happy. What a concept for a nation and government! It seems almost absurd, building a nation to allow people to be happy.

And yet, that goal meant that people were free to follow their dreams, and the result in less than 150 years was the world’s most powerful and prosperous nation, where everyone could prosper because no one was allowed, by fundamental law, to stop them.

Our corrupt leaders are no longer following that fundamental law. It is time that Americans told them to do so, in no uncertain terms.

If we do not, then that fundamental law will be dead, and the pursuit of happiness for all humans will no longer be the standard by which we live. It is frightening to consider what evil new standard might then follow to replace it.

Based on what we have seen in the last four months, it certainly will not be life, liberty, and the pursuit of happiness.