Looking into one of Jupiter’s smaller cyclones
March 1, 2021 9:47 am Robert Zimmerman 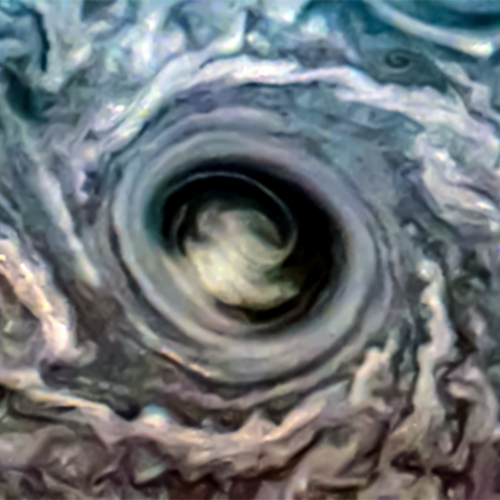 Sadly all the link tells us about this storm is that it is in the northern hemisphere. Based upon the colors, my guess is that it located at the high latitude where Jupiter’s bands transition to the chaotic region of storms at the poles, as seen in this earlier wide image of the gas giant’s south pole.

No scale is provided, but an earlier image of other northern hemisphere storms suggests this storm would probably cover the state of Arizona.