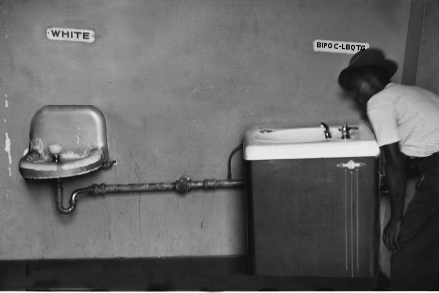 Seattle, controlled by Democrats and dedicated to the new segregation!

“Segregation today, segregation tomorrow, segregation forever!” Because of the continuous and never-ending racial bigotry that is now normal in Seattle and which eventually forced him from his city job, Joshua Diemert has sued for $300,000 in compensatory and punitive damages.

You can read the lawsuit here [pdf].

The list of abuses against Diemert is beyond horrible. Simply because he is white he was forced to resign a supervisor position so that two unqualified minorities could replace him, was then denied later promotions, then investigated for no reason, and was later accused of being a genocidal Nazi while being forced to attend critical race theory classes that routinely labeled all whites as bigots. As only one small example, consider these details from his complaint:

The City also strongly encouraged Mr. Diemert to participate in race-based affinity groups, caucuses, and employee resource groups at the unit and department levels despite his repeated objections to the exercises and materials.

For example, Mr. Diemert was invited to attend a discussion on “white racial literacy,” which was “open to all people who identify as white in HSD. [Human Services Department]” On another occasion, he received an invitation from Owen Kajfasz, a senior data analyst with the City, to a “White Caucus” meeting, which asked attendees to read an article entitled, “White People Are Cowards.”

The City’s Office for Civil Rights promotes segregated training for City employees. In June 2020, the Office of Civil Rights emailed Mr. Diemert stating that it was hosting a training on “Internalized Racial Superiority,” and that this was “specifically targeted for White employees.” The training focused on examining white employees’ “complicity in the system of white supremacy,” and how white employees “internalize and reinforce” racism. The goal of the training was to turn these employees into white “accomplices” who would interrupt the “whiteness” that they saw in their colleagues.

Diemert eventually resigned from his job because of this harassment and abuse, and thus is now suing. Whether he can win is unknown, considering the new anti-white Jim Crow culture we now live under.

The point of this story however is not Diemert’s horrible treatment, but how normal it now is in Seattle. Below are just a few of the blacklist stories from Seattle that I’ve described in just the past two years:

The city is entirely controlled by the Democratic Party, which sadly has now returned to its roots of slavery and hate of the 1800s. It has thus re-established the segregated South here in the American northwest. Unlike the old South, however, where the victims were blacks, now the victims are whites. There is no difference however. In both cases race rules, and determines the winners and losers.

Nor can simply exposing this bigotry help defeat it. The government there is utterly corrupt, and will do whatever it can to maintain control, including forging fake results in elections. On top of this, the decent citizenry — both white and black — is cowed, and will not do anything to fight. Diemert’s effort to resist these ugly policies is the exception to the rule. Most people of all races now go long silently, simply to get along. The whites have become the subserviant “boy” that the bosses call when they need the garbage cleaned. And these “boys” better not dare try to sit at the front of the bus.

No, these white niggers have got to sit in the back, and keep their damn mouths shut. It is only right, because past bigotry demands new bigotry now!

The evil we see here is only beginning. Eventually whites will fight back hard, and in ways that are as ugly, if only in self-defense. Minorities might claim they are afraid of “white supremacy” and a race war, but if so they are showing it in the strangest way, doing everything they can to encourage such things in the future.