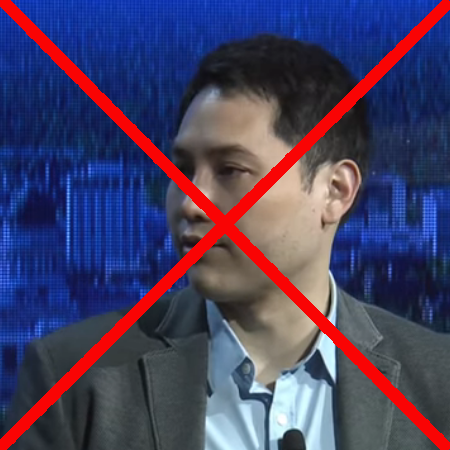 Persecution is now cool! Journalist Andy Ngo has been blackballed again, this time by the podcast and music website SoundCloud.

[Ngo’s] podcast, ‘Things You Should Ngo’ was banned “on grounds of being dedicated to violating” Soundcloud’s rules. Unsurprisingly, as Ngo’s publication The Post Millennial reports, there’s a problem with the explanation.

The latest episode of the podcast was uploaded more than one year ago and there was no option in the notification email for Ngo to appeal or even seek further information. Over the weekend, SoundCloud’s Trust & Safety Team informed Ngo via email of the permanent ban for “violating” the site’s Terms of Use and Community Guidelines, which state that users must not use the platform to create content “that is abusive, libellous, defamatory, pornographic or obscene, that promotes or incites violence, terrorism, illegal acts, or hatred on the grounds of race, ethnicity, cultural identity, religious belief, disability, gender, identity or sexual orientation, or is otherwise objectionable in SoundCloud’s reasonable discretion.”

Of course, Ngo’s podcast did none of those things. His podcast simply interviewed politicians and public figures, a perfectly legitimate thing for a reporter to do in a free society. That such reporting according to SoundCloud must now be censored because some of those interviewed expressed conservative values just shows us the close-minded and oppressive attitude of that company’s management.

I say “again” in the headline because this censorship by SoundCloud follows a long string of blackballing of Ngo by many different outlets and totalitarian organizations.
END_OF_DOCUMENT_TOKEN_TO_BE_REPLACED

Blacklists are back and Twitter’s got ’em: Rather than write today about a single specific individual being blacklisted and destroyed by today’s intolerant left, let’s take a look at one of that left’s most intolerant and oppressive blacklister, Twitter.

Like all the big tech social media companies such as Google and Facebook, Twitter is essentially run like a leftwing fiefdom. Though it allows conservative writers to post there, it makes it very clear that they are always under a probation that can be withdrawn immediately if someone in company’s workforce finds itself offended or disagreeing with something that conservative posted.

For example, in January religious radio host Michael Brown got banned from Twitter for twelve hours for simply posting a tweet where he asked this simple question: “Will I get punished by Twitter for saying that, in God’s sight, ‘Rachel’ Levine (nominated by Biden to be his assistant secretary for HHS) is a man?”
END_OF_DOCUMENT_TOKEN_TO_BE_REPLACED

They’re coming for you next: Journalist Andy Ngo has spent the last two years being pretty much one of the few real journalists covering the violent, fascist, storm-trooper tactics of the leftist Antifa and Black Lives Matter movements, carefully documenting in both print and visuals their riots and attacks of innocent citizens.

His reporting has been so effective that Antifa thugs attacked him in 2019, sending him to the emergency room in Portland.

Furthermore, those same Portland brownshirts stormed a local bookstore, causing its evacuation and early closure, because it happened to be selling Ngo’s book on Antifa activities in Portland, Unmasked. The protests eventually forced the bookstore to remove the book from its shelves, though it still sells it online.

Nor has that been the sum total of Antifa’s effort to blacklist Ngo. They have been issuing him death threats, and even though Ngo told the Portland police, even naming some names, the police did nothing.

Ngo was thus forced to flee Portland temporarily, moving to London. The irony is that his parents were refugees who came to the United States to gain freedom and the right to speak freely. Now their son has fled the U.S. for the same reasons.

When asked how he would describe Antifa in one sentence, he said, “For their world to live and thrive, America has to die.”

The worst part of these attacks has been the shallow willingness of the mainstream media to go along with the false slanders and lies against Ngo and to spread them.

National publications, such as Rolling Stone and Salon used a local alternative weekly “blog,” as Ngo puts it, to smear him using epithets with which we’re only all too familiar: racist extremist. “And then so whenever you google me now and [view] my Wikipedia page, all you see are these false accusations,” he explained. “All of this has been an attempt to get me canceled; to make me out to be someone I’m not, make me out to be a far-right extremist.”

It is all part of Obama’s legacy of hate, where slanders and libels by the left are now their first go-to argument in any debate.

Ngo deserves great kudos and support, however. Unlike many who fold to this fascist pressure, he has stood strong, and continued his reporting, honestly and in detail. Furthermore, the attacks have actually helped sales of Unmasked, making it a major bestseller. For a short while was number one on Amazon, and is still #37 as of today.

His fearless willingness to fight is of course the right response. Buying his book is another. We must not bow to these bullies and tyrants. We must look them in the eye and defy them. Only then will we ever have the chance to once again become free.

They’re coming for you next: A fascist mob today attacked a journalist so violently today that they sent him to the emergency room.

Andy Ngo, a photojournalist and editor at Quillette, landed in the emergency room after a mob of antifa activists attacked him on the streets of Portland during a Saturday afternoon demonstration.

The assailants wore black clothing and masks, and were engaged in a counter-protest against several right-wing groups, including the Proud Boys. Ngo is a well-known chronicler of antifa activity, and has criticized their illiberal tactics on Fox News. He attended the protest in this capacity—as a journalist, covering a notable public event.

According to Ngo, his attacker stole his camera equipment. But video footage recorded by another journalist, The Oregonian’s Jim Ryan, clearly shows an antifa activist punching Ngo in the face. Others throw milkshakes at him:

It increasingly appears that Portland is now controlled by the modern version of the KKK, fascist hooded thugs who act to physically attack anyone who might be opposing them in any way at all. And like the KKK, these modern fascist thugs have deep links with the Democratic Party.

Meanwhile, the police and government in Portland does nothing.